I live in the middle-of-nowhere CT, and have always had a love for postcards. I like to send (and receive!) mail, and will always send out a swap. If you don't receive something, let me know so I can rectify the situation :-)

I am always looking for something new and interesting to do that is relatively cost effective. I collect Snoopy, and spend what must be far too much time planning excuses to dress up my dog. I love Halloween, ghosts, history, and finding random goals and projects to complete.

I am allergic to books on romance. I just can't take wind-swept starlets and their hero (who is usually shirtless) seriously. I have also formulated the opinion that Stephen King is vastly overrated, and is one of the rare authors where the movies are better than the books (except for The Green Mile).

Please Do Not Send

Extras in swaps (stickers, postcards, cards, etc) are very nice and very appreciated BUT I am reaching my capacity to accommodate them. Please, for the sake of my storage!
*There will no hard feelings and no fewer hearts if you just send the swap item and nothing else :) *

"Sometimes I lie awake at night, and I ask, 'Where have I gone wrong'. Then a voice says to me, 'This is going to take more than one night."
- Charles Schulz

“To announce that there must be no criticism of the President, or that we are to stand by the President, right or wrong, is not only unpatriotic and servile, but is morally treasonable to the American public.” - Theodore Roosevelt

"Heaven goes by favor; if it went by merit, you would stay out and your dog would go in." - Mark Twain

"If I could be half the person my dog is, I'd be twice the human I am." - Charles Yu

“Laughter is poison to fear.” - George R.R. Martin, A Game of Thrones

"Ironic, isn’t it, Smithers? This anonymous clan of slack-jawed troglodytes has cost me the election. And yet, if I were to have them killed, I would be the one to go to jail. That’s democracy for you." - Mr. Burns (The Simpsons)

“Your ideas are intriguing to me, and I wish to subscribe to your newsletter.” - Homer Simpson (The Simpsons) 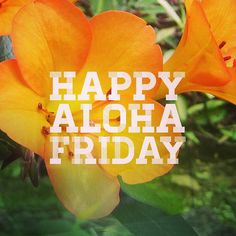 
Hello, I'm wondering if you received my card for the Halloween spooktacular group swap?


Hi. if my easy pc swap has made it to you could you please rate me ? thanks so much


Happy Holidays! I was hoping you received my "Another Christmas Swap" mailed December 1st. I pmd you on 12/16. Please let me know. Cheers! 
I also need a rating for "Christmas/Holiday card swap week 6- Theme Santa C"..That Card was sent out last month as well. All together you owe me three separate ratings. I do hope that all is well with you and that you have a wonderful Holiday:)

"Wishing you a Merry Christmas 2"